8. Jon Favreau
He says Dungeons and Dragons helped him develop his skills with storytelling, creating tone and balance and fueled his imagination.  Do you need another reason he’s on the list? Two words: Iron Man. 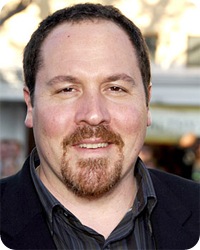 7. Ron Perlman
Not a traditional geek, I know. How did he prepare for Hellboy? By reading all the comics in a day, and then studying them as he filmed. He has an affinity for playing the “ugly” characters in films and brings them to life beautifully, Hellboy being no exception. 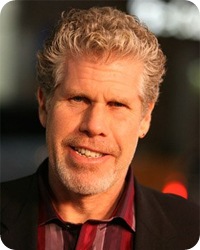 6. Doc Hammer
Co-creator/writer of The Venture Bros, Doc Hammer has a fantastic wardrobe and is king (along with Jackson Publick) of obscure pop culture, game and comic references. (His hair does naturally grow out in two different colors.) 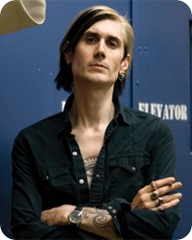 5. Gerard Way
He’s the leader singer of My Chemical Romance, but his roots are pure geek. He was a comic book store clerk in NYC before starting MCR, wrote and published a comic book in 2007, and at one time played DnD while on the road with his fellow band mates. 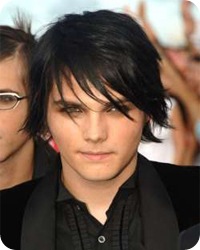 4. Adam Sessler
Host of G4’s X-Play. He’s survived an ownership change and layoffs. Sometimes it seems like his brain works a little faster than his mouth, but that only adds to his charm. The man is intelligent and is a great game analyst. He quit his job as a Fortune 500 Banker (aka, good moneys) to persue his Geekdom. He’s dedicated to all things geek. 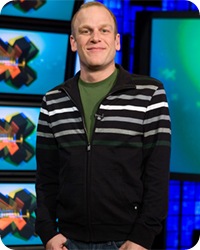 3. Masi Oka
Many of us know him as Hiro, a comic-book and sci-fi loving character on TV. In real life he’s a video-game loving/manga-collecting actor that does a whole slew of other things. Born in Japan, raised in America, he’s fluent in English, Japanese and Spanish and has a reported IQ of 180. (I’m jealous.) He also won Spike TV Guys’ Choice Awards as “Coolest Geek” in 2007. 2. Ryan Reynolds
Is he really a true geek? That’s debatable. While he does seem to love comic book roles he’s not a fan of the video game, saying they are a time waster. (We all know not every geek has to love video games.) The guy has better things to do, though (see: IMDB), so I get where’s he coming from when he says that. He may not identify has a geek, but he definitely has some Geek Cred. Playing both Marvel and DC characters? Some say Blasphemy, I say Awesome. 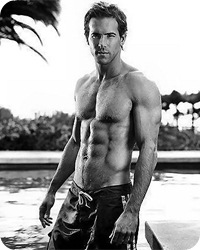 1. Seth Green
Robot Chicken! Family Guy! Buffy the Vampire Slayer! Like me, he is of the Short Human Class which makes me like him even more. Geeks should like him because he has a great sense of humor and balances his Geekdom well with a lot of his work. 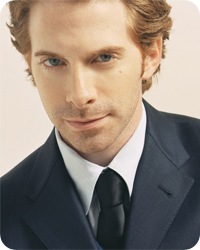 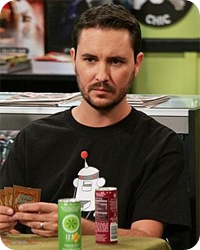 Disclaimer: What I find hot, not everyone will find hot.

This is what I like, and as you can see it’s not a strictly physical thing. This ended up being pretty much all over the place, huh? Well, that’s how my brain works. Welcome to My Brain.