So I’ve always wanted to see a good Flash movie but his story lines are a little hard, so I thought I could ease things up a bit. Central City is starting to become over run with crime and the crooks keep getting weirder and weirder, and during an accident one night normally slow police scientist Barry Allen gets doused in chemicals that were electrically charged by a bolt of lightning. Barry soon learns that he has gained the ability to move at super speeds, dons a costume, and calls himself The Flash. The Flash then starts to clean up the city and some of the rogues aren’t happy, alone each rogue doesn’t really stand a chance but if they were to team up their combined power may be able to stop the Flash once and for all. I wanted a younger actor for this part and he had to have a sense of humor as well. Aussie actor Ryan Kwanten can do the funny Midwestern feel of the Flash perfectly. 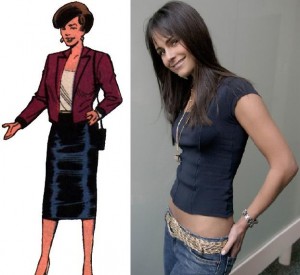 Kind of an easy cast. I needed a cute brunette around the same age who can act like she’s smart, so I went with Jordanna 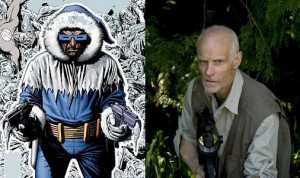 Captain Cold is that sort of creepy guy that lives in you apartment building that no one knows much about, other than he seems to enjoy fighting more than winning, and he always seems to want to be leader. I went with Matt Frewer who has one of the best villain voices I’ve ever heard 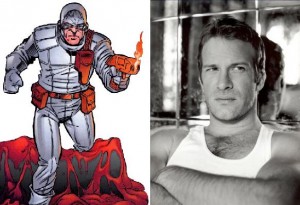 One of the newer faces to Central City, Heatwave is obsessed with heat and doesn’t seem too interested in crime. He becomes good friends with Trickster, but has never really warmed up to Captain Cold. Thomas Jane’s tough guy roles helped me cast this role. 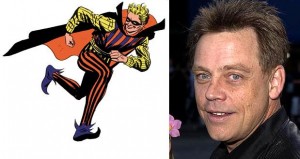 Trickster isn’t really all there. He uses everyday gags and toys as ways of committing his crimes, which are usually just methods of paying for more toys. The voice of Trickster in about every version, even his live action part ,was played by the same man, Mark Hamill. Since there is no real age range or physical qualities for this character why change a good thing? 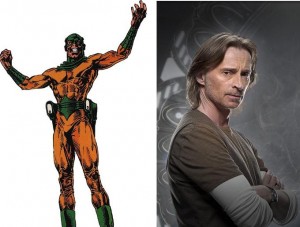 Probably the most charismatic and evil of the Rogues, Mirror Master is angry at everything, everyone, and doesn’t like that his nice little crime wave was stopped by The Flash. Robert Carlyle can do evil, charismatic and angry very well. 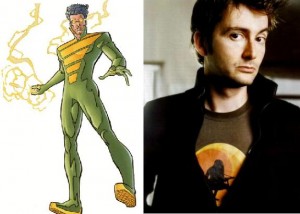 Weather Wizard, as his name insinuates, is a nerd. Wizard stole his Weather Wand from his dying brother .who created it for good, and he used it to help him commit petty crimes until the Flash showed up and put an end to his ways. David Tennant can do nerd, pretty well, and I’ve seen him do more twisted things as well. 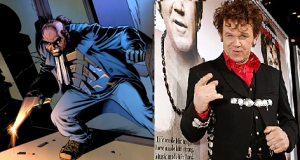 Captain Boomerang was always kind of a joke, put down by his enemies and peers alike, but  ruthlessness, combined with his arsenal of trick boomerangs, makes him a formidable opponent. John C. Reilly can do serious or funny, and with a character as out there as Cap, you’re gonna need versatility. 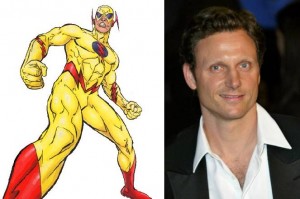 I had to change some history here, but the villain for the second movie should definitely be Prof. Zoom. This version is a friend from the labs whose jealousy of The Flash and anger at his own crappy life pushed him to become the villainous reverse-Flash, Professor Zoom. I thought that Tony Goldwyn’s ability to be completely likable while being a complete monster works perfect for this role.

I'm one of the main contributors to 8 DAG and I take pride in my other job as Public/Staff relations. I'm a comics and movie junkie and I love to podcast. Follow me on Twitter @BrandoCop
View all posts by Brandon C. Williams →
Tagged  dream cast.
Bookmark the permalink.