In Last One Standing I will take two characters from pop culture and pit them against one another, I will do my best to take in all abilities, strengths, and weaknesses to give you the best outcome possible. I will not pair up two fighters if one of them is much more powerful the combatant( ie Superman vs Batman). The first fight on the bill will be one that has well known fighters. 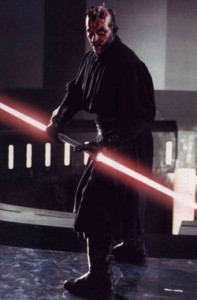 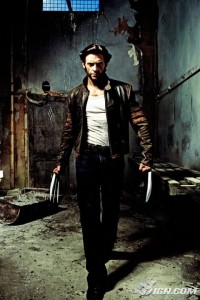 Okay, so Darth Maul Starts the match with superior speed, fighting skills, and long range attacks, but Wolverine can heal from whatever is thrown at him. For this match I had to make a universe altering decision, can a lightsaber cut Adamantium? I decided no for fairness’ sake, and decided that Wolverine’s fragmented mind, willpower, and healing factor cancels out Darth Maul’s Sith mind tricks.

The battle comes down to perseverance. If Wolverine can take hits long enough from the super quick and agile Maul, then he can get in the finishing blow. Darth Maul just has to focus and fight long enough to weaken Wolverine to a state in which he can sever his head. I think this battle is pretty fair, it’s all a matter of who gives up first, the berserker with the soul of a Samurai or the intensely trained Sith for which failure is not an option.

After discussing this with a few other geek friends I’ve come to the conclusion that A) Maul could leave his lightsaber in Wolverines eye socket claiming the victory or B) Wolverine slices ol’ hornhead in half Obi Wan style.

So, whats the outcome? To my dismay Wolverine is the victor; the healing factor is just too much to overcome for everyone’s second favorite Sith Apprentice.

I'm one of the main contributors to 8 DAG and I take pride in my other job as Public/Staff relations. I'm a comics and movie junkie and I love to podcast. Follow me on Twitter @BrandoCop
View all posts by Brandon C. Williams →
Tagged  last one standing, Star Wars, Wolverine, X-Men.
Bookmark the permalink.